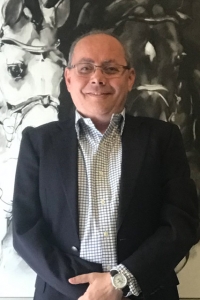 We need your help ! Working on the future

As we are kicking off the summer period, we would like to highlight some key action points we have been working on as the board.

The past few months and weeks have been extremely busy as we have had numerous meetings, consultations and discussions on the remuneration of officials.  You all know that the discussion has started back in 2019  and we are proud to announce that we have come to an agreement with the Equestrian Organisers on a joint proposal for the remuneration of officials at the FEI jumping events.  This agreement was an important prerequisite from the FEI to support the proposal which we have accomplished.

In this proposal two principles are embedded :

These two principles are reflected in the following proposed grid. 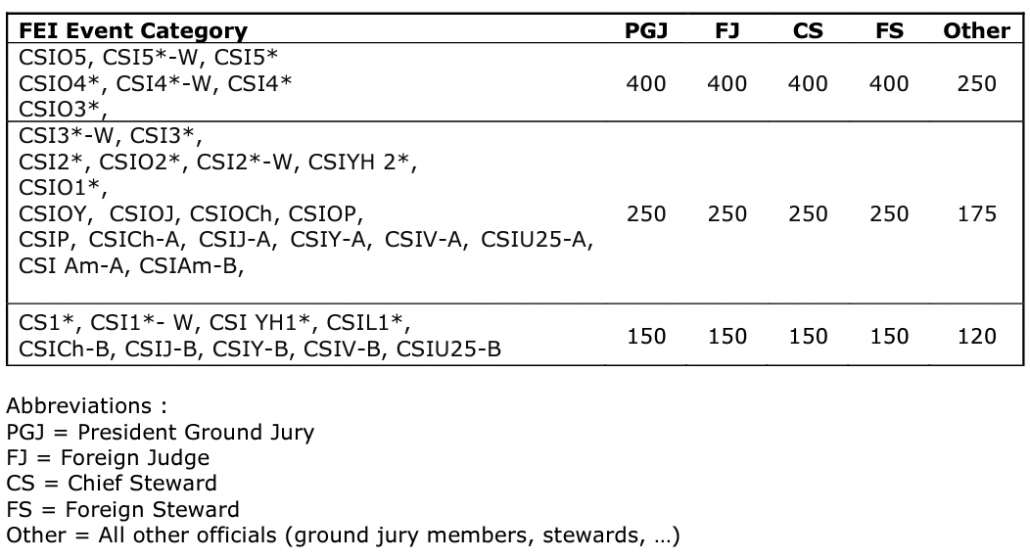 This proposal is already included in the current FEI rule revision process .  This means that all stakeholders (NF’s and organisations that have signed an MOU) are consulted about this proposal and can provide feedback.  We hope you are all supporting this proposal and suggest convincing your NF to support us in providing positive feedback towards the FEI and support our proposal..

On the 5th of July, both Ali Kücük as Secretary General and myself have been visiting the FEI Headquarters.  During our visit we also discussed this topic and FEI supports us in the vision that the current remunerations need to be modified.  Of course, we want a common agreement with all stakeholders and therefore more consultation might be needed to make sure that everybody is on the same page.

As we had different meetings with FEI Secretary General Sabrina Ibanez, Jumping Director Marco Fusté, Director Education & Officials Frank Spadinger and Legal Director Mikael Rentsch, we have been able to start discussions on other topics like the education system, appointments and reporting activities during shows.  We agreed we will be partnering together on proposals for these aspects as well.

Your input to strive for improvements are also more than welcome.

We need your help for the future of our officials !

45 days ago at our yearly General Assembly, I was elected as the President of our Club.  A big change in my personal world. Meanwhile, during these 45 days, our greater world has been changing a lot.  Whilst we were noticing around the world strong improvements in the pandemic situation and we all started cheering our “new normal”, a new uncertainty has entered our lives.  The situation in Eastern Europe is affecting the whole world now.  In our thoughts we support the people who are impacted by this new big crisis.  We are in direct contact with those from our club that are directly impacted, and we will support them wherever we can.

45 days after the election, it is time to reflect on our achievements and share plans about what we will be doing for our club.

The beginning was about getting organized.  As you all know, Teodor stepped down as Secretary General as he moved into a new role within the European Equestrian Federation.  Ali Kücük is taking over his responsibility with the support of Teodor who is still active as a board member.  We had two board meetings where we outlined some short and mid-term action points to start with.  Let me share some of the most important ones.

45 days is not that long, but it feels like we as a team accomplished a lot.  Please reach out to us with proposals, ideas or thoughts that we as a club can focus on.

Not 45 days ago, but more than 47 years ago, on March the 8th, the United Nations celebrated for the first time International Women’s Day.    International Women’s Day has been observed since the early 1900’s.  Our sport is one of the very few that is completely gender-neutral and we should be proud of this.  But please take some time today to think about the equal rights for men and women.  Things we take for granted within our sport, are not always the case around the world.  Let’s do whatever we can to work on this equality wherever and whenever.